There are many laws which are made by some of the great scientists like the Law of Motion, Law of Gravitation and many more. These are all related to studies and boring stuff according to me. But today, I am going to tell you about Law of Attraction. This is not some kind of boring law made by scientists but it is something which everyone should know about to live a happy life.

What is the Law of Attraction? 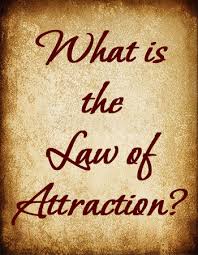 The simple meaning of this law could be that it is a belief that when we focus on positive or negative thoughts in our life, we could make those thoughts our experiences in our life. All these thoughts are something made of energy and like energy attracts like energy which is very useful for any purpose in a person’s life.

The science behind the Law of Attraction:

It is related to quantum physics. Some of the great quantum physicists have studied a lot and provided the world with a lot more information on the impacts that the brain power has on our lives.

When a person thinks about anything in life, he would send energy packets towards that thing and it would attract it towards that person. This law is very simple and yet very complicated also. It is very difficult to control our brain and focus on one thing. This is the main problem which people face when they try to implement the law of attraction in life. The human mind has great powers. It could do anything you want but you need to focus the energy towards it.

How to Use Law of Attraction? 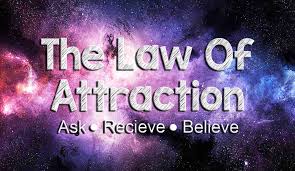 When a person understands the Law of Attraction properly, that person would be able to explore the different possibilities which this law offers. People would then be able to understand that they are artists.

Life is like a blank canvas on which you could draw any picture you like. Your mind would make many images in mind before you act on it in real life. It is up to you that what do you decide to do with that canvas. If you don’t like a painting, you always have the power to change it into something you like.

Law of Attraction is very simple and it works on a simple principle which is “If you can fake it, you can make it”.

Let me explain this statement:- 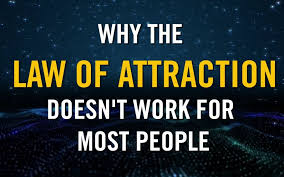 If a person is going to the office and he is thinking in his mind that he shouldn’t get stuck in traffic so that he won’t get late. But when he thinks about it constantly, the scenario which occurs is that he would get stuck in traffic and get late. This is happening because he would be continuously saying “I don’t want to be late.” The Law of Attraction doesn’t consider the word don’t and instead starts attracting that thing towards you. So it is necessary for you to think positive.

Law of Attraction works everywhere and every time. You require to know the law correctly to make it work in your favor. There is much more to this concept.

For more information, you could visit here.

2 thoughts on “How to get whatever you need in life?”