Today we are going to learn something new. By reading the title, you will think that this is all a fake thing. We are not going to talk about any rubbish, but here we are with some proofs. There is a science behind the phrase “The planets will decide your life”. Let us know about it.

Yes, it’s true. I am going to talk about Astrology in this article.

Astrology can be called the science of finding a connection between Cosmos and the people on Earth. This connection is based on the patterns that are developed through the movements of planets. These movements are related to human consciousness. 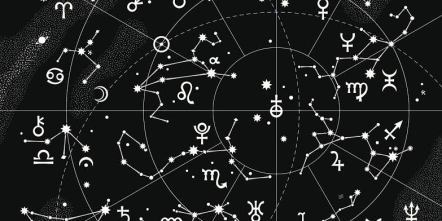 The first thing that comes to the minds of most of the people when they hear the term “Astrology” is horoscopes. Astrology is a vast concept, and it is way above those horoscopes in the newspapers.

A true astrologist not only considers the sign of the Sun, but it also takes account of the movements of the planets in the solar system, and if necessary the movement of other celestial bodies is also considered. The compilation of all the meanings mentioned above results in a detailed description of a person’s profile.

Several belief systems in Astrology shows a relationship between events happening in a person’s life and astronomical phenomena. Astrology does not possess scientific validity due to which it is regarded as Pseudoscience. The people are not able to propose any mechanisms that show relations between the positions of planets and the events happening in a person’s life.

There have been some scenarios in the past that have shown the existence of Astrology. But science is not able to verify whether the predictions made by astrologers are true or not.

Can Astrology predict the future?

The scientists have found that the people who do not know anything about their horoscopes have failed to match the predictions. It might be possible that the specific horoscopes could be wrong, but it is also right up to some extent.

The scientists have researched a lot in this field, and they have noticed that your birth month can predict your future. Horoscopes are very useful for the astrologers to foretell a person’s life on the basis of the positions and movements of planets and stars.

There are some people who believe in astrology, and they still do because of their experiences. While this is still a topic of curiosity for some people. It is not like the followers of astrology believe in it totally, or the others disbelieve entirely.

This is a very complex question, and there are only perspective answers to this question. More than 90% of adults know their sun zodiac signs. According to a survey, it has been found that more than half of the people agree that the characteristic sign descriptions are correct.

You should try astrology once and find out whether it works for you or not. This will help you to decide whether it is believable or not.

There is a lot to Astrology, so stay tuned to find out more about it.